I've been using Anzovin for the Dog rig. It's very straight-forward setting up rigs using the drag-and-drop bodyparts.

It took me a few goes to get this far. This is for a couple of reasons. Face Machine is a humanoid character face rig, which means it's not perfectly suited to something with such a long face. I was lucky that I was able to seriously deform it to work.

I did need to edit the original mesh to get the tongue and eyelids to work properly. I needed to re-model to separate the tongue and close the eyes, and re-rig.
The back legs are likely to be problematic, with the middle bone not being very long. It can easily collapse there, so I need to be careful.
I also took a few goes to get what has had to be tail bones in the ears. The parenting is still off - the follow-through on the ears in the video is a feature of the rig, not my doing. I think I can work with that.

This clip is here just to demonstrate the character. I think it was about 10 minutes' work.

Face Machine can be done on quadrupeds. I want to write this here so that anyone who might Google it looking for an answer will be drawn to here. Anzovin's Face Machine does work on dogs. It will probably work better on cats. You need to do a lot of re-weighting, particularly around the jaw. I think the longer your dog character's face, the more you will struggle - Anzovin mentions in the manual that it doesn't handle long-faced characters . It does try to deform the face like a human's. That's not a surprise but if you're thinking of making a dog character that talks, lip sync will be relatively easy.
Posted by Tobias at 14:41 No comments: 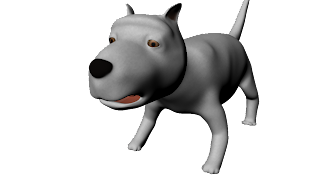 I'm happy to have this quick render to show you.

Here's a piece of advice which I stumbled upon - In extracting faces from objects to become separate objects, Maya can lose track of nodes attached to the objects. This can lead to problems in rendering which will crash the program.
You can force Maya to reapply lost nodes by exporting the problematic objects and importing them again.

This method solved the problem for me caused by negligent dissecting of my kitchen cabinet models.

Wood texture can easily be achieved in photoshop using the render fibre tool.


Colour in the layer a nice woody brown, and then fill your paints with a lighter and darker tone, and then render fibres and it will look a bit like this: 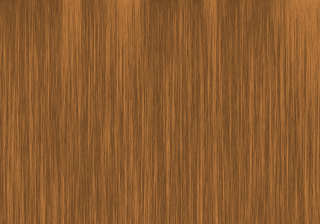 You could add knots to the wood with a suitable brush. I didn't go that far - it might look too obviously when repeated on many faces of an object.
Posted by Tobias at 15:54 No comments:


This is a quickly lit and rendered demonstration of the scene. 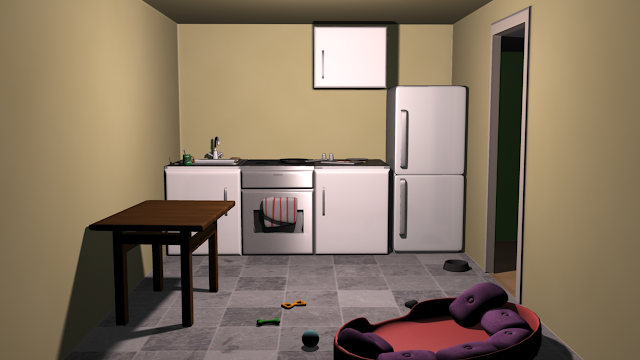 Soft shadows with raytrace in Maya


Here is a couple of links I've found. Posted more for my own benefit, but it might be some use to you.


A discussion of soft shadows

Shadow ray count and light angle settings can help towards getting those soft raytraced shadows. I had mixed results using different types of lights, though.

A tutorial for glass in Maya